Balancing his passion for music and his drive to dance, sharing his expertise in Latin dances, American ballroom and a variety of modern dances with the world, build up the core of who, Yassin Mutati; the dancer, instructor, trainer, choreographer and DJ is. Mixing his diverse Afro-fusion heritage with the combination of genres of dances he has developed throughout his journey he adds a unique touch from the heart, spiced up with a smile.

Mutati was born in Kenya, to Kenyan and Tanzanian parents. He was first introduced to Salsa by Erick Mutuota, an avid fan of this style, which has its roots in African and Caribbean culture; in particular Puerto Rico, L.A., London and Cuba. “Erick among others taught me my first Salsa class at a church called P.C.E.A. Riruta in Kenya. A girl asked me to dance and that was all I needed. The following week I started to take my classes seriously.” He continued progressing by going out regularly to the salsa clubs in Kenya, always making sure to have a few dances with the top dancers to improve his leading and technique.

Soon Mutati submerged himself in the genre and was eagerly seeking out the innovators. Yassin embraced salsa and delved deep into its roots. He sought out the most influential teachers in the African scene. At the time, though salsa had a loyal following, it hadn’t yet burst onto the mainstream, but thanks to the innovators who inspired Mutati, salsa’s mainstream acceptance was at hand. “I was influenced by many of the top teachers in Kenya at the time like Benjamin Wanjohi, Dora Ikamba, Oscar B.A, Maranga Darling, Jane Njoroge, Stanley Ng’ang’a, Mike Muteti (Hip Hop, Modern, Jazz etc).” He explains. “Then teachers from abroad came over like Imu Shaaban from Turkey, Magna Gopal from New York and Kaytee Namgyal. They changed our style.”

Mutati, armed with a slew of slinky moves and intricate footwork, developed his distinct style thus becoming the vanguard of the Kenyan salsa movement dancing, teaching, performing, and traveling since 2000, professionally since 2001. He differentiated his dancing style by creatively blending his Afro-fusion background with other styles though not formerly having been trained in other genres of dance. “I have never studied any other form of dance, but I like to take ideas and concepts from (the likes of) Hip Hop, Jazz, Ballet, Modern, Tango etc.”

With his natural flare, refreshing style and engaging personality, his creative interpretation of the music, ability to effortlessly lead and spin with speed and accuracy Mutati was soon tapped for an increasing list of dance projects. A career highlight was an appearance on the Salsa performance to the President of Kenya Hon. E. Kibaki, with Blaze Entertainment.

When he is not on the road giving workshops, dancing and performing, he’s in Nairobi, Adelaide or Lebanon choreographing and teaching.
In 2009 Mutati spent some time in Istanbul, Tukey learning from the best dancers, teachers, performers and choreographers, Ozlem Sevimkan and Imu Shaaban, at the best dance school in Istanbul: Imu Dance Company. He was also certified by International Dance Organisation (I.D.O). In 2016 Mutati realised a life long dream and hosted the Salsafari Festival, bringing international artists to Nairobi. During this four day event, he coordinated workshops and activities as well as legendary parties that put the spotlight on dance in Kenya. Feedback from this event is that all the students enjoyed themselves and are looking forward to similar events in the future.

Today, it is universally agreed by dance fans that a Mutati routine is as exhilarating to watch as it is to dance! His unique style is a pleasure to watch and experience; his limitless energy ensures his presence on the dance floor all night. He’s not hard to find at any event, generally social dancing until closing time (and often beyond!). Mutati has taken his unique and innovative style to as far afield as Tanzania, Angola, Nigeria, Uganda, Rwanda, Germany, Turkey, Ivory Coast, Lebanon, Mauritius, Angola, South Africa, Thailand, United Kingdom, Australia, Croatia, Egypt, Abu Dhabi, Dubai, Sweden, Italy, Netherlands, Malaysia, Oman and the Philippines inspiring salsa enthusiasts to add their own unique flavor to the art form; raising the standards of dance in all these places as he natures talents of the very young to the old. Mutati’s strengths as an instructor are credited to the fact that he is self-taught and his methods of teaching and breaking down the dance and movement come from his own understanding and awareness of the body and natural movement. He has taught many people his intricate footwork patterns, body movement, informative guide to proper technique, body isolation, muscle control, body awareness, musicality, how to spin, feel comfortable, express themselves on the dance floor and more via teaching methods that are engaging, challenging and educational! 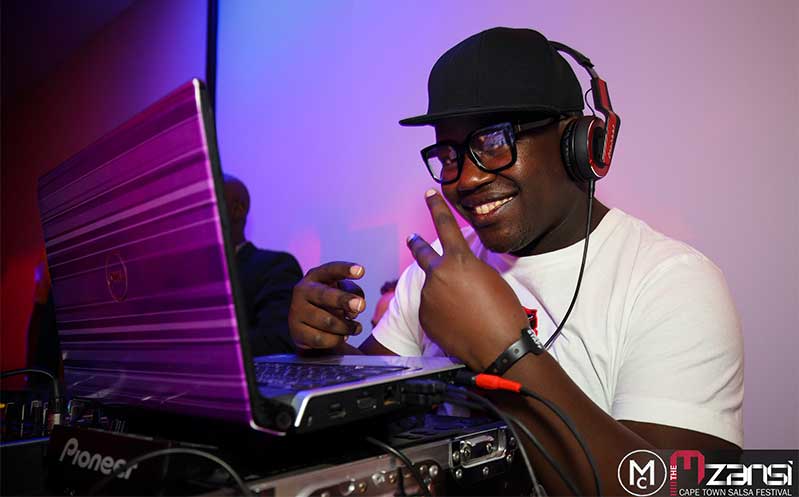 Mutati is surely an all-round dancer; embracing the sensual arts of Latin Dances Salsa, Mambo, Cha Cha, Boogaloo, Bachata, Pachanga, and Merengue. He is also well versed in American Style Ballroom dances such as Waltz, Foxtrot, Tango and Viennese Waltz, in addition to American Style Rhythm and Latin Dances Rumba, Cha Cha, Samba, Bolero, East Coast Swing, West Coast Swing and Hustle. Moreover, he is a talent drawing on influences from Afro/Caribbean dances Kizomba, Caribbean or French Zouk, Tarraxinha, Semba, Kuduro, Afro House and involving other dances like Hip-Hop, Jazz, Lingala, Traditional African Dances, Contemporary, Ballet and a lot more. Mutati’s creativity in styling and shines is enhanced by his sense of musicality and the ease with which he has incorporated other forms of dance. For an African-born salsa dancer to be seen as an ambassador of the Kenyan genre is incredible, but Mutati has done just that!

It seems that, when it comes to his beloved genre, there are no limits.
“Salsa is my life. Every day involves salsa somehow. Whether it’s rehearsing for a show or jumping on a plane to go teach in another country…” He enthuses. “I’m in another world when I’m creating and each time I dance, whether it’s on the dance floor, in the rehearsal studio, class or even on stage, I’m creating…Within salsa there is not much I won’t do…As long as I’m being true to the art and myself.”